Global market prices for vegetable oils declined due to pressure from the supply of Indonesian palm oil. This, even though palm oil exports increased rapidly, with palm oil stocks in Indonesia that continue to increase.

Ukraine: Things are looking up

The production of canola in Canada is expected to recover significantly this year due to favourable weather conditions, while Ukraine's canola production could be larger than expected at three million tons, despite an adverse environment, limited storage capacity and concerns about logistics. The rapid increase in the production of biofuels is also affecting the oils and fats market.

After having been stranded in the port since February, the first shipment of grain (26 000 tons of maize) left the Port of Odesa in the Ukraine at the beginning of August under a deal brokered by the United Nations, in an effort to help ease the global food crisis.

A record soya bean crop of 2,15 million tons and an exceptional sunflower crop of 922 750 tons bode well for the oilseeds industry in South Africa, bringing us ever closer to self-sufficiency in terms of oilseeds meal for animal feed production and oil for human consumption; a target that the supply chain has been working hard towards for many years.

The prospects for an even bigger area planted to oilseeds in the coming season are high due to price ratios, input cost differences and profitability.

The quality of sunflower seed (mainly the protein level) is of concern for oilseed crushers. The levels of sunflower oilcake protein this year are postulated to be mainly the result of weather, lower heat units and possible higher-than-normal levels of Sclerotinia.

Large oilseed crop yields should result in prices remaining at export parity. The export of soya beans this season, mainly through Maputo, illustrates that we can be exporters of soya beans in the long term. To remain globally competitive, yields must continue to increase.

The latest in soya production

The new technology being introduced to commercial soya bean production, as well as improved germplasm is predicted to soon bring a welcome boost in yields. This process has been assisted by the South African Cultivar and Technology Agency's levy that is aimed at the introduction of improved technology. 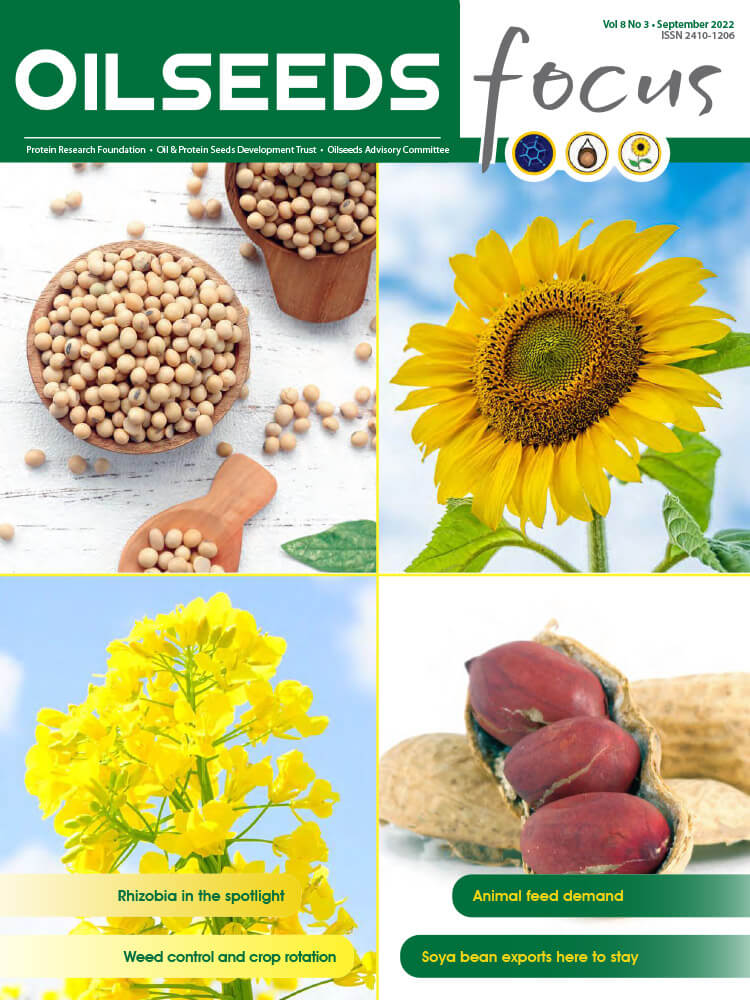